You Have To Be Real 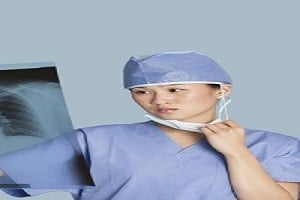 Do not try faking a personal injury and filing a fraudulent personal injury claim in a misguided effort to “get rich quick” or “win the lottery.” That’s not how personal injury law works. You’ll get caught, you’ll be charged, and you may even go to prison. However, if you are genuinely injured by the negligence of another person in Los Angeles or anywhere in southern California, discuss your case as quickly as possible with an experienced Los Angeles personal injury attorney. It’s been more than two decades since Stella Leibeck sued McDonald’s for third-degree burns after hot coffee purportedly spilled in her lap at a McDonald’s drive-through in New Mexico. Ms. Leibeck was awarded $2.86 million, but a judge subsequently lowered the sum to $640,000, and eventually Ms. Leibeck settled out of court with McDonald’s.

Twenty years later, a California woman in Victorville has tried to do the same thing, but this time, the woman made up the entire story, and she’s in big trouble. Selena Edwards supposedly suffered burns on her hands from McDonald’s coffee, and she even claimed that she had the photographs to prove it. However, detectives say she copied the photos from a hospital website. Ms. Edwards is now facing twenty-one felony counts of insurance and workers’ compensation fraud.

Today, a warning is printed on coffee cups to protect restaurants from liability lawsuits. But people still get injured in restaurants – really injured – by burns, food poisoning, or by slipping and falling on spilled liquids. If your injury is genuine, you have a legal right to be reimbursed for your medical expenses, lost income, and other injury-related damages. If you are injured because of another person’s negligence in Los Angeles or anywhere in southern California, seek medical treatment immediately and then consult right away with an experienced Los Angeles personal injury attorney.

Get Help Now
Home » Personal Injury » You Have To Be Real