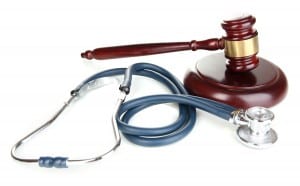 Hermes had a CT scan in 2013 after telling Stroud about pain on the right side of his scrotum. Fenyes reviewed the scans and determined there was a likelihood of renal cell carcinoma – cancer of the kidney. Fenyes and Stroud recommended surgery. After the surgery in 2013, multiple pathology studies proved the kidney that had been removed was benign. The lawsuit states that “Mr. Hermes’ left kidney had been erroneously removed from his body and that his right kidney still had the mass which was ‘highly suspicious’ for kidney cancer.”

Hermes later underwent a surgical procedure by another urologist to remove the cancerous part of his right kidney. His lawsuit says that he now has impaired kidney function due to the loss of his healthy kidney, significant physical and emotional pain and suffering, and loss of earning capacity. We read these stories far too frequently. The wrong limb or organ is removed simply because a doctor or another medical professional was negligent and overlooked something obvious. But most malpractice incidents – misdiagnoses, improper prescriptions, and other kinds of malpractice – don’t make the news. A good personal injury lawyer can help you determine if you’re a victim of malpractice and suggest your best legal options.

Numerous studies released in the last several years agree that the number of deaths caused by preventable hospital errors in U.S. hospitals may be as high as 98,000. That’s more than 250 fatalities a day due to medical malpractice, which now costs more than $3.6 billion a year in the United States. If you’ve been injured in any medical malpractice incident in southern California, protect yourself and speak immediately with an experienced Los Angeles personal injury attorney about your legal options.