Why You May Need A Los Angeles Workers’ Compensation Attorney 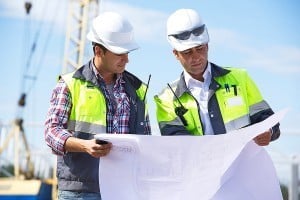 You are probably entitled to workers’ compensation benefits if you are injured on the job in California, but it’s a difficult and complicated system, and you’ll need the help of an experienced Los Angeles workers’ compensation attorney. The recent testimony by Angie Wei of the California Labor Federation emphasizes some of the difficulties that injured workers can encounter. Wei’s testimony was part of the California State Senate’s first hearing on the controversial 2012 reforms. The new law sought to restore some benefits that had been reduced and to expedite the workers’ comp process. However, some insurance companies have used the new law to reduce medical benefits approved years earlier.

According to ProPublica and National Public Radio (NPR), California is only one of a number of states that have created unnecessary hurdles for injured workers over the last decade, making it more difficult to obtain workers’ comp benefits. While the California Labor Federation urged the California State Senate to pursue more reforms, insurance company representatives said they are satisfied with the 2012 legislation.

A good workers’ compensation lawyer knows what it takes to obtain the benefits you need after you’ve been injured on the job. You’ll not only need an attorney’s help, but you’ll also need some patience. Obtaining benefit payments can be a lengthy process, so make the call to an experienced Los Angeles workers’ compensation attorney as quickly as possible after a workplace injury.