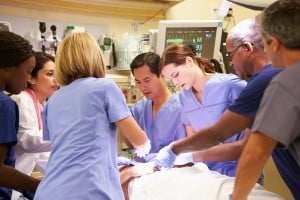 Wrong-site surgery (WSS) is the most serious kind of medical malpractice – the kind that makes the news. WSS includes instances where the wrong surgical procedure is performed on a patient; where the surgery is conducted on the wrong part or side of the body; and where a surgery is performed on the wrong patient. WSS isn’t frequent, but it’s rising at a disturbing pace. Only 15 WSS incidents were reported in the United States in 1998, but by 2007, that number had grown to 592 cases. In southern California, if you are injured in a wrong-site surgery incident, arrange to speak at once with an experienced Los Angeles medical malpractice attorney.

To avoid wrong-site surgeries, doctors, nurses, technicians, and patients should be exceedingly cautious in all surgical situations and particularly in facilities that can become busy, chaotic, or disorderly. WSS has a variety of causes, but in general, it’s imperative for hospitals and other healthcare facilities to implement policies, standards, and procedures that eliminate chaos and confusion.