What’s An Arm Or A Leg Worth These Days? 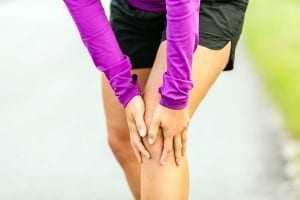 If you’re injured at work in southern California, as soon as you’ve obtained medical treatment, speak with an experienced Los Angeles workers’ compensation attorney. The right attorney can help you to receive the maximum compensation that’s available to you. That’s important, because without an attorney’s help, you may not receive the amount that your injury claim is genuinely worth. How much is an arm or a leg “worth” these days? One recent story shows how injured workers can be victimized a second time – by the workers’ compensation system – simply because they have the wrong address.

When they were injured at their jobs, Jeremy Lewis was 27 and Josh Potter was 25. Both were married with two small children. Each man lost part of a left arm in a machinery accident. Josh Potter received workers’ compensation benefits that could amount to $740,000 over his lifetime for the permanent loss of his arm. Jeremy Lewis received a total of $45,000 for the same loss. Josh Potter lives and worked in Georgia. Jeremy Lewis lives and worked just a few miles away, in Alabama. Each state decides on its own workers’ comp benefits, so if you’re injured at your job, it’s geography roulette. Calculating the monetary worth of a body part – let’s face it – is dehumanizing and humiliating, so it must be done fairly and equitably.

In California, a good workers’ comp lawyer can help you with all of the workers’ comp paperwork – medical records, application forms, and other documents – and see to it that you’ve received the appropriate medical treatments and tests. Your attorney can also handle an appeal on your behalf if your claim is denied for any reason. In the Los Angeles area, if you’re injured at your job, don’t go it alone. Arrange immediately to speak with an experienced Los Angeles workers’ compensation attorney.

Get Help Now
Home » Workers' Compensation » What’s An Arm Or A Leg Worth These Days?