What To Expect If Going Up Against Workers’ Comp 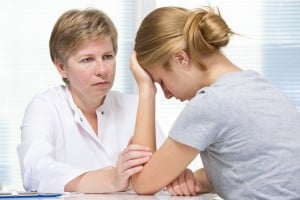 Anyone who has been injured while on the job in California is entitled to collect workers’ compensation insurance through the California Workers’ Compensation system. This system, which is regulated by the state but operated by private insurance companies, is an adversarial system – which means that claimants, those who have been injured, will more than likely have to work very hard to convince the insurance company and, if necessary, the state, that workers’ compensation benefits should be paid.

After an injury is sustained on the job, the injured worker should immediately report the injury to emergency medical personnel and a supervisor, but should make no comments on the events leading up to the injury to the supervisor or any other employees. At this stage in the process, anything that is said to a supervisor or fellow employee may be used against the accident victim by the attorneys representing the insurance company responsible for the workers’ compensation policy that covers the injured worker. Instead, the incident should be reported and medical care should be sought, but an attorney should be retained before any discussion of the facts surrounding the accident are put on the record.

Once an injury is reported to an employer, the employer must provide the injured employee with a Workers’ Compensation claim form which is then forwarded to the employer’s workers’ compensation insurance provider. It is important to make sure that this form is forwarded to the appropriate insurance agency because, even before a claim is decided, employers may be allowed to authorize up to $10,000 for use on medical treatments required in the immediate future.

Once a claim form is in the hands of the insurance company with ownership of the insurance policy in question, a determination on whether or not to approve the claim will be reached. At this point, if an approval is granted, then the victim will receive compensation for his or her injuries from the workers’ compensation system. On the other hand, if a claim is denied, then the victim will have to appeal the decision through the state. If the state agrees with the insurance company, then the decision could further be appealed all the way to the California Supreme Court.

Working with a Workers’ Compensation Attorney

Even if they think that they have a valid and strong claim and that benefits will be paid out, work accident injury victims should still contact an experienced workers’ compensation benefits attorney for assistance and legal counsel. In many cases, an attorney can help the injury victim recover more of the compensation which he or she may be entitled to, since many insurance companies will try almost any legal tactic under the sun to avoid having to pay benefits. Without the help of an attorney, it can be very easy for work accident victims to be duped by these tactics into receiving lower compensation than would have actually been allowed. If they have already been denied benefits, an attorney can still be very helpful by handling the appeals process on the work injury victim’s behalf.