What Not To Do In An SSD Benefits Hearing 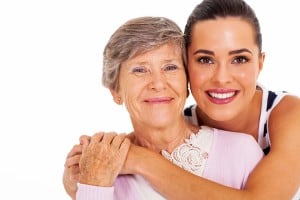 Many people have a distorted view of how legal cases are presented. Like nearly everything else a person can do, there is a right way and a wrong way to pursue Social Security Disability benefits.

Social Security Disability (SSD) benefits are paid by the federal government to individuals who are too disabled to work. Generally, in order to qualify for benefits, the applicant must show that the disability is expected to or already has prevented the person from working for a period of at least one year. The government recognizes a variety of conditions which may qualify a person for SSD benefits, including both mental and physical conditions. Contrary to what many people might think, Social Security Disability is not awarded because a condition exists, it is awarded because a condition prevents a person from working.

People might think that they deserve SSD coverage because they know someone who is less disabled but still collecting SSD benefits. SSD examiners and judges do not care about anyone else’s benefits, and bringing up a friend or neighbor as an object of comparison during a benefits hearing is never a good idea.

Years on the Job

Another factor that won’t be considered by claims examiners and SSD judges is the amount of time that a person has spent on the job or in the workforce. Arguing that one deserves SSD coverage because they’ve worked for 20, 30, or more years would be an example of irrelevant testimony that would most likely be ignored. Again, it is whether or not a condition prevents one from working, not how long an individual worked before the condition struck, which is important. A person with only a couple of years on the job can qualify for SSD just as easily as a person with several decades on the job, since a medical condition could prevent both from working.

Benefits examiners and Social Security Disability judges also do not care about a person’s level of personal virtue. Presenting evidence that is intended to show that a person is virtuous and honest is also irrelevant, as this kind of testimony does little to illustrate the extent of a disability.

Trying to play on a disability examiner’s or judge’s emotions is also a bad idea. Not only have examiners and judges heard it all before, but personal hardships do not support a claim that an injury exists and that it is an injury which prevents a person from working.

Better Off to Let an Attorney Handle Arguments

Disability attorneys are legal professionals with actual knowledge of what it is that disability examiners and SSD judges are looking for when they review a case. They know what to present as part of a case and what to avoid. This is why anyone pursuing SSD benefits should work with an attorney. With an attorney secured to handle the presentation of a case, the applicant for benefits is much less likely to say something that will hurt a case instead of help it.