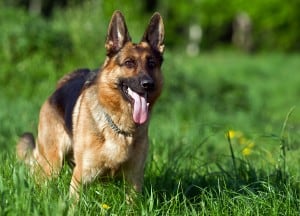 The U.S. Centers for Disease Control & Prevention reports that approximately 4.7 million dog bites take place every year in the United States. In 2011, Los Angeles led the nation’s cities in dog attacks, according to the U.S. Postal Service. San Diego was second. If you are the victim of a dog bite attack in southern California, contact an experienced personal injury attorney immediately. You have the right to be compensated for medical expenses and lost wages.

More than half of all dog bite victims are small children. Worst of all, from twelve to twenty people die in the U.S. each year from dog bites. Dog owners should act to protect others, and parents should teach children to avoid provoking dogs and to avoid strange dogs altogether. Obviously, every dog bite is different, but amputations, disfigurement, and long-term psychological injuries are often the results of dog bite attacks.

Almost 30,000 plastic surgeries or reconstructions were performed on dog bite victims in 2011, according to the American Society of Plastic Surgeons. In 2010, victims of dog bites filed 369 personal injury claims that went to trials; the total compensation awarded to dog bite victims that year was approximately $11 million. State Farm Insurance reported that almost a third of the homeowner insurance liability claims paid in 2011 were generated by dog bites.