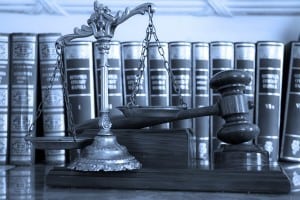 On June 26, 2015, the United States Supreme Court ruled that all US states must recognize same sex marriages. This changed a lot for some states but in California it did not invalidate or change any of the California Family Code sections related to registered domestic partners.

Civil unions and domestic partnerships are legal relationships between two people. The law now states that two same sex adults that are in a relationship, have the same rights and responsibilities as married couples. The state will grant them any rights conveyed by the relationship are limited to what is expressed by state law. Contact an experienced Los Angeles social security lawyer to find out what the laws are.

Here’s the catch, neither civil unions nor domestic partnerships are marriages. This means that currently, federal benefits that are being received to people that are in same sex relationships, will not receive the same benefits that married couple receive. It is expected that this will change in the near future but currently, existing civil unions or domestic partnerships do not convert automatically to marriages.

While there are states that allow civil unions between members of the same sex, the federal government does not consider these unions to be equivalent to marriage. Partners in a civil union in these states are not entitled to Social Security benefits, veteran’s benefits, or military spousal benefits.

The new laws have complicated things and many are confused to what their legal rights are. Before the laws changed, the federal government defined marriage as between one man and one woman. Now, the federal government must offer federal benefits, including Social Security spousal benefits, to same-sex married couples, as long as the marital relationship is valid in the state where the couple lives. However, same sex couples that are in civil unions or domestic partnerships are not eligible for Social Security benefits.

Because of the trickiness of the laws and the confusing verbiage, it is recommended that you contact an experienced Los Angeles social security lawyer. The laws are ever-changing and it is easy to find that some of it is unclear. Call the Law Offices of Tony Adderley at (323) 545-0132 and find out exactly what your rights are.