The Problem With August 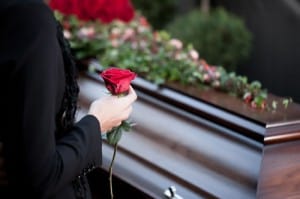 It sounds like something you’d see on cable TV or hear on late-night talk radio, but it isn’t. It’s a dangerous issue in medicine, and it’s got researchers stumped around the world. It’s called the “August Effect.” Every year, August is the most perilous month for patients in hospitals; morbidity and mortality rates jump in that month. Upon learning about the persistence of the August Effect, informed observers immediately assumed that malpractice by junior doctors and interns, who gain more responsibilities as summers end, was the cause. In other words, they believed the school year is to blame. The research, however, has not been so conclusive.

Researchers in Great Britain found that doctor errors, omissions, and poor priority setting were more likely the causes of the August Effect than the age and inexperience of young doctors and interns. The Journal of the Royal Society of Medicine concluded that “improved training and quality control has the potential to address this increased duration of unresolved patient risk.”

What the Journal calls “unresolved patient risk” is frightening. Hospital patients should feel safe, secure, and cared for by qualified, highly-skilled doctors, nurses, and other healthcare providers. Patients should never be the victims of understaffing, budget cuts, or other administrative issues in hospitals.

In southern California, if you or someone you love has suffered an injury in a hospital or otherwise been hurt in a malpractice incident – in August or any other month – speak right away to an experienced Los Angeles personal injury attorney. Malpractice law is complicated in California, but if you’ve genuinely been injured, a good personal injury lawyer will investigate the case, provide sound legal counsel, compile evidence, consult with experts, and help you win the maximum possible compensation for your injury and the expenses associated with it. If you’re hurt by malpractice – now or in the future – protect yourself and contact an experienced Los Angeles personal injury attorney immediately.

Get Help Now
Home » Personal Injury » The Problem With August