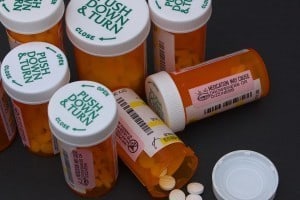 There’s been a dramatic increase in the U.S. in fatalities related to prescription opioids, the legal, pharmaceutical drugs that resemble morphine. If a member of your family has died as a result of using any prescription drug in southern California, while it may be difficult, it’s important to speak with an experienced Los Angeles wrongful death attorney as soon as possible. In 2010, 16,500 deaths were linked to prescription opioids, over four times the number of fatalities reported from prescription opioid use in the year 2000. Frighteningly, more than 100,000 people in the United States have died from using prescription opioids since the 21st century began. In response, the city of Chicago took Johnson & Johnson and four other drug companies to court last summer for allegedly pushing addictive drugs, creating addicts, and leaving a huge heartbreaking mess for the rest of us.

What accounts for the ever-increasing number of prescriptions, addictions, and deaths linked to prescription opioids? Greed, deception, and laziness. Look into any medical journal; drug manufacturers promote their merchandise with glib, slick marketing that seldom mentions precise details but deceives without telling any exact, outright lie. And many doctors want to prescribe a drug that brings patient visits to a quick end so that they can book even more patients. Doctors are no longer allowed to prescribe harmless placebos, so they have to prescribe something, even if it’s potentially chancy and addictive. The result is that dishonest drug makers and lazy doctors have initiated an epidemic. Were this many deaths caused by a virus, you’d see dramatic headlines and demands for immediate governmental action.