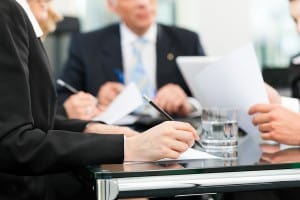 The U.S. Occupational Health and Safety Administration (OSHA) is responsible for enforcing workplace safety regulations and for protecting workers in the United States. But given the agency’s budgetary and staffing resources, it’s probably not smart to depend exclusively on OSHA to protect us in the workplace. OSHA standards cover about 100 million workers in 8 million workplaces in the United States; yet the agency’s personnel in fiscal 2014 numbers only 2,258 staffers. (Compare this number against the U.S. 4,383 workers killed on the job in 2012.) Fortunately, 22 states have established state agencies that partner with OSHA to protect workers, and California is one of those states. The Division of Occupational Safety and Health (DOSH), also known as Cal/OSHA, protects workers from workplace health and safety hazards throughout the state.

The Cal/OSHA enforcement unit visits workplaces to investigative safety standards. Employees may file a safety complaint or request a safety inspection of their work site from a local district office of Cal/OSHA. Some employees may fear reprisals for reporting workplace dangers, even though it’s illegal for employers to respond in that way. Nevertheless, employees who are concerned about protecting their jobs when reporting workplace hazards should speak to an experienced California workers’ compensation attorney.

While progressive-minded employers voluntarily spend resources to protect their employees, labor unions and safety activists testify that workers cannot rely on government inspections to counterbalance private greediness or carelessness. OSHA’s 2014 budget, $571 million, would keep the Environmental Protection Agency open for about 25 days. The federal government spends less on OSHA than it spends on subsidy payments to tobacco farmers ($960 million).

OSHA’s budget and staff problems mean that workers compensation claims and personal injury lawsuits take on a much larger role in protecting workers from employer negligence. The threat of a lawsuit – rather than the threat of an OSHA inspection – is what keeps thousands of employers in line and thousands of workplaces safe for those who work there. If you are injured on the job in California, you are probably eligible for workers’ compensation benefits; in some cases you may also have grounds for filing a personal injury lawsuit. If you’ve been injured at work in California, speak with an experienced workers’ compensation attorney or with a good personal injury lawyer. Protect your rights and receive the compensation you deserve.