No Pain And Suffering For Workers’ Compensation 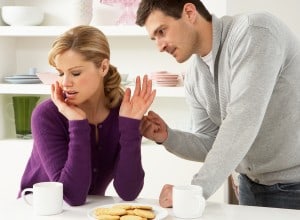 However, workers’ compensation claimants may not recover for certain non-economic losses through the workers’ compensation system. Non-economic losses include those that can’t be definitely quantified in terms of monetary value, like pain and suffering or emotional distress. It is easy to know how much medical expenses are because these are charged and billed at an established rate, but pain, suffering, and emotional distress are impossible to measure monetarily.

Increasing the Odds of Recovery

Since work injury victims can’t afford not to recover everything that they may be entitled to under the law, those who are about to or in the process of pursuing workers’ compensation benefits should seriously consider doing so with the help of an experienced workers’ compensation benefits attorney. The attorney will be able to review all of the facts in the case to determine if a claim for benefits has merit. If the attorney believes that the injured worker has a good case, then the attorney will quickly get to work preparing the necessary documents to pursue the claim. Should benefits be denied, or if benefits have already been denied, a benefits attorney can still help workers’ compensation applicants by representing them through any hearings that may be necessary through the appeals process.

An unfortunate truth of California’s workers’ compensation system is that many people who try to pursue workers’ compensation benefits on their own will miss out on valuable compensation because the attorneys representing the insurance company that maintains the policy will try very hard to ensure their corporate client pays as little to the injured worker as possible. Since many workers injured on the job will lack the advanced legal knowledge necessary to respond to these liability reducing tactics, they often end up recovering only a portion of the compensation that they could have been awarded had an attorney been retained to handle the case. The benefits of having an attorney on their side will be felt almost immediately by those who have been injured in a work related accident.