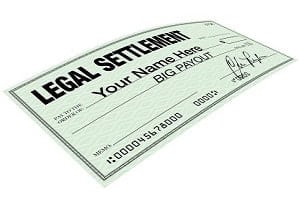 When cheap cigarette lighters explode, it’s not pretty. You can easily burn yourself, and sharp plastic shards can puncture your skin or even damage an eye. Approximately a billion of these cheap disposable lighters are sold – or given away free with cigarettes – every year in the United States. That’s more than two-and-a-half million a day. More than half of these lighters are manufactured in China and do not adhere to the voluntary safety standards established by U.S. manufacturers. Lighter explosions and other malfunctions injure more than 900 people annually in the U.S., according to the Consumer Product Safety Commission (CPSC). The CPSC also estimates that annual personal and property damages from defective lighters total $31 million a year. In southern California, if you’re injured by a defective lighter, speak immediately to an experienced Los Angeles product liability attorney about compensation for your medical treatment and related expenses.

On May 6, 2008, William B. Clemmer, a machinist in Stephenville, Texas, died after his lighter exploded in his pocket. He suffered severe burns over more than half his body. Clemmer was 56 years old; his last words were, “My lighter exploded.” According to the CPSC, many disposable lighters have a precarious design flaw that allows a flame to continue burning even when the lighter’s been shut off. Those lighters are still available because no mandatory safety standards have been established. U.S. manufacturers have established their own voluntary safety guidelines, so while domestic-made lighters are statistically safer, that’s no absolute guarantee of safety, either.

If you’ve suffered burn injuries or other wounds because of an exploding or otherwise defective lighter, you’ll need considerable compensation for your medical expenses, lost income, rehabilitation, and other injury-related expenses. Burn injuries can be catastrophic, debilitating, and sometimes permanent. If you’ve been injured by a defectively-made lighter anywhere in southern California area, speak today with an experienced Los Angeles product liability attorney.