Learn All About The Rights Of Employees Under Workers’ Compensation 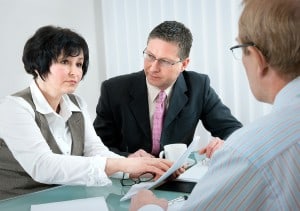 In the event that a worker is injured on the job while working for an employer who is uninsured, then the California Division of Workers’ Compensation may be petitioned by the injured worker for compensation to be paid by the Uninsured Employers’ Benefit Trust Fund – a trust fund that is established specifically to protect employees who unintentionally begin working for an employer uninsured by workers’ compensation.

Even though the name of these workshops are “Injured Worker Workshops,” a person need not be injured in order to attend. Attendance is beneficial to anyone who is employed in the state of California because the topics that are covered apply to anyone and everyone who may ever be injured while on the job. Topics which are covered include the right to medical treatment, an explanation of disability payments, information on returning to work after an injury, and information on resolving a disagreement over a claim. There is also a question and answer portion at the end of every workshop so attendees can ask their own questions regarding the Workers’ Compensation system. If there is anything that they don’t understand about workers’ compensation, then these workshops are a valuable resource of information.

A Workshop is No Attorney

While the information provided by the Division of Workers’ Compensation will be very beneficial to anyone who attends a workshop, these workshops are only considered a very general overview of the Workers’ Compensation system and are no substitute for the experience and extensive knowledge of a workers’ compensation benefits attorney. Anyone who is injured on the job in California should work with an experienced attorney throughout the entire benefits recovery process, from beginning to end. The attorney will handle all of the paperwork involved with recovering workers’ compensation benefits and will speak on behalf of the injured victim, as necessary, in compensation hearings, trials, and talks with insurance representatives. Historically, individuals who are represented by legal counsel have a much better chance of recovering more of the compensation they are owed under the law than those that go unrepresented.