Injured On The Road 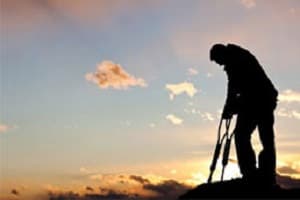 Most people involved in traffic accidents are not bad drivers – in many cases it’s just a matter of being in the wrong place at the wrong time. Traffic accidents ranging from minor to severe often take motorists by surprise, which is why it is so important for anyone who may find themselves on a roadway, either as a driver, passenger, or pedestrian, to understand the law as it pertains to traffic accidents and monetary compensation.

Cases involving accidents on the road are handled through the civil court system in California. If any criminal offenses may have been involved in the accident, like driving under the influence, then that criminal offense would be handled by the criminal courts as a separate issue. As far as the accident itself, any victims of injuries resulting from the accident are free to pursue compensation from the at fault driver for any losses and damages which may have occurred.

The Rules of Civil Law

When a person charges another in civil court with causing his or her injuries, the injury victim is generally able to collect compensation for medical expenses, pain and suffering, lost wages, and certain other losses as the law allows if the victim can show that the negligence or recklessness of the other party was a major contributing factor to the accident.

It is often recommended that an attorney be hired to handle civil disputes because attorneys know how to determine the fair value of injuries and other loses. If injury victims incorrectly calculate the value of their injuries, then they may miss out on valuable compensation if the court rules in their favor. Make no mistake about it, the court and lawyers for the other side will not offer a recommendation of the value that should be pursued – if a victim representing him or herself in court undervalues the injuries sustained, then the victim will have little chance of recovering what the law would actually allow.

Other Benefits of Legal Counsel

A traffic accident attorney can provide assistance to those who have been injured in a traffic accident by reviewing the facts of the case to determine whether or not it has merit, by offering advice on the best course of legal action that the victim should pursue, by completing and filing all of the necessary paperwork to proceed with charges, by representing the victim’s interests in any official correspondences with the other side, and by speaking on the victim’s behalf when it comes time to present a case before a judge and/or jury.

Get Help Now
Home » Personal Injury » Injured On The Road