If Your Disability Payments Stop 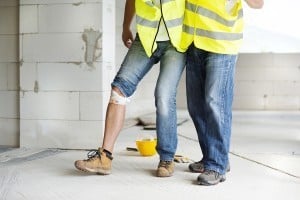 In Catch-22, Joseph Heller’s dark comedy novel about World War Two, a flight surgeon named Doc Daneeka has his name added to a flight list so that he can get flight pay without actually flying. When one of the planes he’s supposed to be aboard crashes into a mountain, the government declares Doc Daneeka dead. He’s not only walking around Italy trying to persuade his superiors that he’s alive; his wife receives thousands in life insurance back in the states and starts dating again. Heller conveys the absurdity of government red tape hilariously, but if the government declared you dead in real life – and you weren’t dead – it wouldn’t be one bit funny. But that’s exactly what happened to a Honolulu woman named Debra Altman.

In February, the retired registered nurse suddenly couldn’t access the checking account where her Social Security disability payments are direct deposited. “They just told me, well, I’m sorry we’re showing that you are dead,” Altman told KITV News. Then, she received the following from her health insurer: “To the Estate of Debra Altman,” it read. “Medicare told us about the death of Debra Altman.” The letter said that if the information was wrong, contact Social Security. Altman did that, thinking it was all just a simple mistake. She visited the local Social Security office more than two dozen times. She ran out of money and couldn’t pay her bills. Her association filed to foreclose on her property.

If you’re already receiving benefits and they stop for any reason – say, if you’re one of the thousand people a month mistakenly declared dead – contact an experienced Los Angeles Social Security disability attorney immediately. If you’re disabled, get the legal help you need. A good disability attorney can help you clear the red tape out of the way so that you reliably receive the benefits you’ve earned and need. If you have any questions or concerns about Social Security disability benefits, make the call promptly.