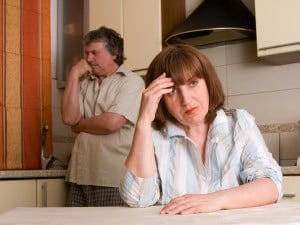 If you’ve been diagnosed with fibromyalgia, contact an experienced Social Security disability attorney right away. You are probably qualified to receive Social Security Disability (SSD) benefits, but it’s common for your first request for SSD benefits to be denied. Even at the “Request for Reconsideration” level, your claim may still be turned down. It’s more common for SSD claims based on fibromyalgia to be successful at the Administrative Law Judge (ALJ) level.

The ALJ is obligated to treat the doctors’ findings as a deciding factor, provided those findings are supported by the medical evidence. The ALJ looks at these questions:

It’s imperative for your doctor’s diagnosis to be supported by either lab tests or the results of physical examinations. Your doctor will rely on your own reports of your symptoms, which in the case of fibromyalgia may include pain, fatigue and “brain fog.”

In a 2012 decision (Sublette v. Astrue), the U.S. District Court of the Western District of New York determined that fibromyalgia is a “disabling impairment” despite “no objective test which can conclusively confirm the disease.” The claimant in this case had been denied SSD benefits after her initial application and again at the reconsideration stage. After her appeal to an ALJ was also denied, she appealed to the District Court, which awarded her benefits.

If you suffer from fibromyalgia and are seeking SSD benefits, it’s important to understand how the disability process works, and it’s imperative to have quality legal assistance. Having a good disability lawyer at your side radically increases the chances that you will be awarded SSD benefits. An experienced disability attorney will also work to expedite the process, so that you can begin receiving benefits quickly. If you are struggling with fibromyalgia, it’s very much in your best interests to speak as quickly as possible to an experienced disability lawyer.