Do Not Delay If You Need Disability Benefits 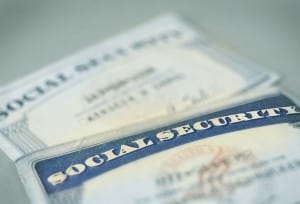 Doyle made himself a Yankee favorite when he hit .438 against our own L.A. Dodgers in the 1978 World Series. The Yankees won that series in six games. After a bout with leukemia in the 1990s, Doyle began having problems with joint deterioration caused, he believes, by chemotherapy. In 2013, Doyle applied for Social Security disability benefits. He got turned down. Twice. Then he got hit with Parkinson’s Disease.

For many Americans like Brian Doyle, getting Social Security disability benefits has become a painful waiting game. The average time between a hearing request and a decision was 422 days in fiscal year 2014, according to the Social Security Administration (SSA). At the end of fiscal 2014, about 970,000 cases were pending across the nation. The SSA blames several factors: the growing number of baby boomers who are aging, limited funding, and budget cuts.

The 61-year-old Doyle still gets a small pension from his brief baseball career. Since his physical problems surfaced, friends have helped the Doyles pay their home mortgage. Doyle’s wife still does full-time office work to bring in a few dollars. And Brian Doyle is waiting for his next appeal hearing. If you need to receive Social Security benefit payments in the Los Angeles area, get started today, because you may have a long wait. Contact an experienced Los Angeles Social Security disability attorney as quickly as possible.