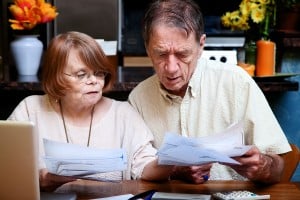 The Wall Street Journal recently reported that the (approximately) 1,500 administrative law judges who hear Social Security disability claims will soon be less independent. The Social Security Administration (SSA) is rewriting the job description to make its judicial corps subject to the supervision and management of other SSA officials.

The changes, according to the Journal article, are designed to ensure that disability benefits are awarded consistently and to crack down on fraud in the program. The article reports that the judges were already facing heightened scrutiny due to a number of critical media reports and several high-profile disability fraud cases. In 2011, the Journal reported that several judges awarded benefits in more than nine out of ten cases, while others denied benefits in more than eight out of ten cases.

As a group, the administrative law judges have already been granting fewer disability benefits. In 2010, for example, they awarded benefits in 67 percent of their decisions, but by 2013, the award rate had dropped to 56 percent.

Social Security Disability Insurance (SSDI) is financed by payroll taxes and provides benefits for those who can no longer work due to physical or mental health issues. With an aging population, the program has rapidly expanded and now has nearly 11 million benefit recipients. SSDI is expected to exhaust its reserves by 2016, which could force benefit reductions.

As it becomes more difficult to obtain disability benefits, it becomes more imperative for applicants to obtain the services of an experienced Social Security disability attorney. If you’re no longer able to work, and you meet certain other criteria, a good disability lawyer can guide you through the process and can help you to receive the benefits that are rightfully yours. If you believe that you qualify for disability, don’t hesitate to get help as quickly as possible from an experienced disability attorney.