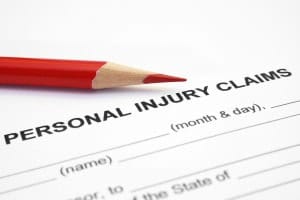 In May, a jury awarded more than $14 million to a woman who suffered a broken back when the Alameda-Contra Costa Transit bus she was riding hit a speed bump. Maria Francisco was riding the bus to a shopping mall in August 2011. The bus hit a speed bump in a school zone while traveling about 30 m.p.h., double the speed limit. Francisco was thrown from her seat and fractured a vertebra. According to court testimony, the bus driver then accused Francisco of lying about her injury. Francisco suffered a severe fracture to her L1 vertebra, for which she’s undergone three surgeries. Her medical bills are approaching $1 million. She lives in chronic pain and is unable to work since the incident.

After a trial in Alameda County Superior Court, a jury awarded Francisco $10 million for pain and suffering, $3.38 million for past and future medical expenses, and more than $800,000 for future lost earnings. An additional $1 million was awarded for the emotional distress suffered by Francisco’s daughter, who was on the bus with her and only four years old at the time.

If you are injured in California and a governmental agency is responsible, you need to act quickly. The length of time you have to file a claim is limited by law. An experienced California personal injury attorney can explain to you the special requirements for filing a personal injury claim against a government agency. A good personal injury lawyer will also assess all the facts in your case, consult with medical experts, and fight for the maximum possible compensation.

Few injuries are as devastating as Maria Francisco’s, and few settlements are that large. Nevertheless, if you’re injured on a city or county bus anywhere in southern California, speak at once with an experienced Los Angeles personal injury attorney, and take the first step toward the compensation you need and the justice you deserve.