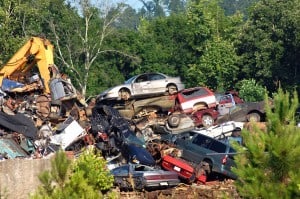 More than 37.5 million cars, vans, and trucks have been recalled so far this year by automobile manufacturers in the United States. Perhaps you’ve seen the news stories about the recalls. GM’s defective ignition switches have garnered most of the attention until recently, but about ten million vehicles sold in the U.S. have also been recalled because of problems with the airbags. Hondas, Toyotas, Mazdas, Fords, Nissans, Chryslers, and BMWs with airbags made by the Japan-based Takata Corporation are among the vehicles that have been recalled this year. If you’ve been injured in any automobile by an airbag, speak immediately with an experienced Los Angeles product liability lawyer.

Make certain that your own vehicle is not on a current recall list. If it is, take it immediately to a dealer for repairs or a replacement part. The Takata airbag inflator is a canister that apparently explodes without warning, launching flying shrapnel at passengers and drivers. In one particularly tragic incident in Florida, an exploding Takata airbag launched sharp metallic debris with enough force to puncture a woman’s neck and carotid artery. Honda has confirmed injuries in thirty cases including two fatalities it has linked to the defective airbags made by Takata.

The U.S. National Highway Traffic Safety Administration is reportedly taking a closer look at the Takata airbags, and automobile manufacturers are understandably concerned. If you’ve been injured because of a defective airbag or because of any other malfunctioning auto part, you may be able to recover damages by filing a product liability suit; get the legal help you’ll need from an experienced product liability attorney. You may receive damages for your medical costs and for any lost wages, and in some (very rare) cases you may also be awarded punitive damages. Help is available for victims of defective motor vehicles and defective auto parts, including ignition switches and airbags. If you’ve been injured in southern California and you believe you have a case, discuss it at once with an experienced Los Angeles product liability lawyer.